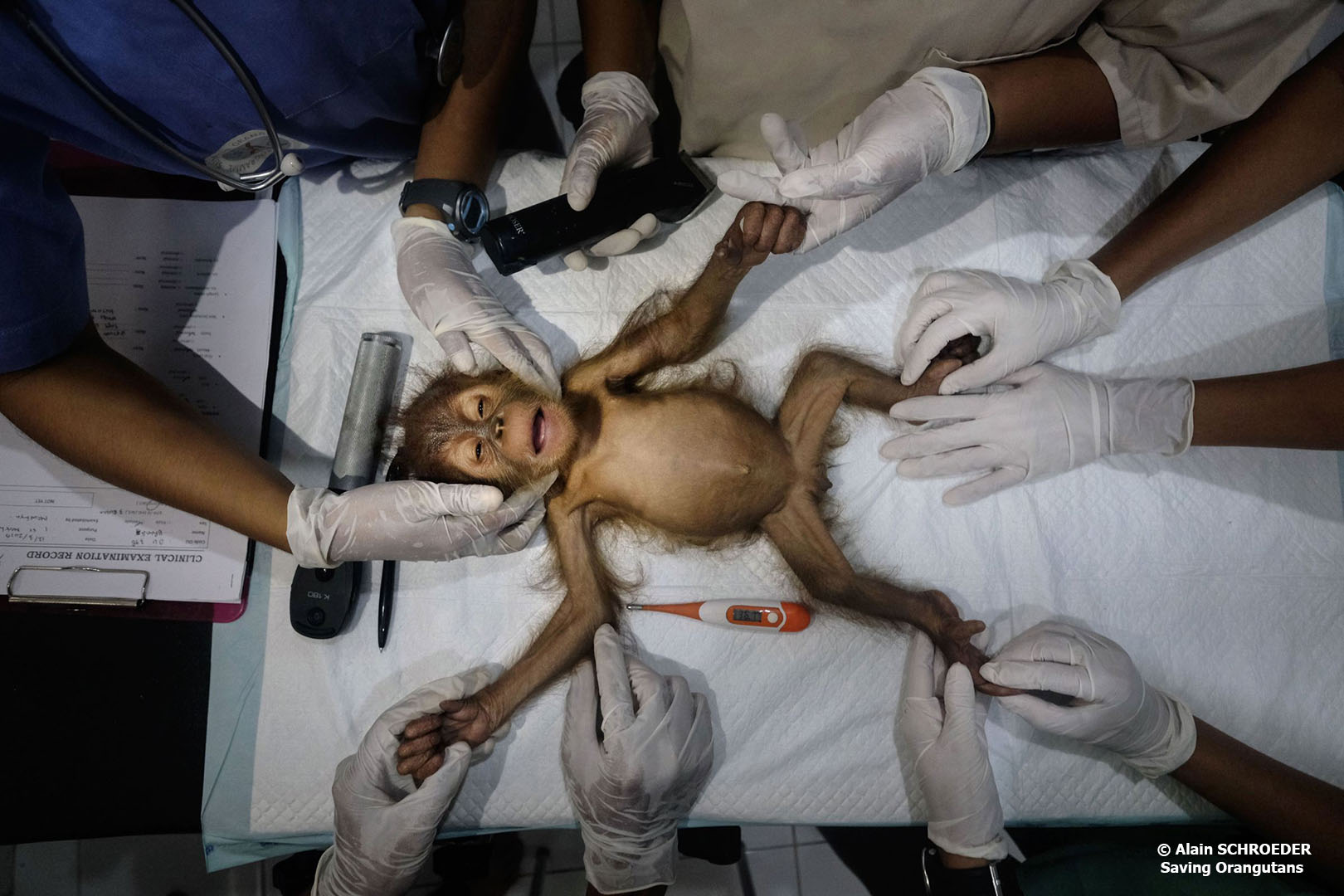 Sibolangit, SOCP Quarantine Centre, North Sumatra, Indonesia. The whole SOCP team works together to prepare Brenda, an estimated 3-month-old female orangutan (she has no teeth yet), for surgery.  A sedative is administered, the arm is shaved, her temperature is taken, while others hold her head or her hand out of compassion for the baby.   During the three-hour procedure, Dr. Andreas Messikommer, a renowned orthopedic surgeon invited from Switzerland, will place a pin and screws to secure the damaged humerus.Brenda was confiscated from a villager in Blang Pidie on the west coast of Aceh who was keeping her as a pet.General caption:Indonesia’s Sumatran orangutan is under severe threat from the incessant and ongoing depletion and fragmentation of the rainforest.  As palm oil and rubber plantations, logging, road construction, mining, hunting and other development continue to proliferate, orangutans are being forced out of their natural rainforest habitat. Organizations like the OIC (Orangutan Information Centre) and their immediate response team HOCRU (Human Orangutan Conflict Response Unit), rescue orangutans in difficulty (lost, injured, captive...) while the SOCP (Sumatran Orangutan Conservation Programme) cares for, rehabilitates and resocializes orangutans at their purpose-built medical facility, aiming to reintroduce them into the wild and to create new self-sustaining, genetically viable populations in protected forests.That we share 97% of our DNA with orangutans seems obvious when you observe their human-like behavior. Today, with just over 14,000 specimens left, the Sumatran orangutan (Pongo Abelii) along with the 800 specimens of the recently discovered Tapanuli species (Pongo tapanuliensis), are listed as critically endangered by the International Union for Conservation of Nature (IUCN).